Turkey’s anti-terrorism units have attempted to raid headquarters of the country’s top-selling newspaper Zaman in an early-morning operation, with a goal to detain its editor-in-chief, but had to turn back due to protests by readers.

A group of police officials from İstanbul police anti-terrorism units arrived at the Zaman daily building in Yenibosna on Sunday morning and tried to enter the building amid slogans by protesters changing “free media cannot be silenced.” The police officials were then allowed by the security to enter inside the building, but could not proceed further as heavy presence of protesters created a small stampede. The Zaman daily live broadcast the entire drama while the Turkish media largely preferred to remain indifferent to the police operation.

Much-anticipated police raid to Zaman put the entire staff of the newspaper to stay overnight in the newspaper in a show of defiance as they vowed to stay firm in the face of government crackdown. Throughout the night, newspaper editors and reporters, including this newspaper’s editor-in-chief Bülent Keneş, tweeted to their anxious followers who displayed a wave of support on the social media.

The first raid to Zaman daily was reportedly aimed at detaining Zaman daily editor-in-chief Ekrem Dumanlı, who was sitting in the administration floor. The officials said they could not “fulfill their task” because of the pressure and had to leave the building.

In a news conference following the attempted raid, Dumanlı said he was called to come down to see the police official, which he viewed as “nonsense.” “I am sitting in my office and I invited him to come and detain me,” Dumanlı told the media.

Dumanlı said the protesters reacted in a peaceful and democratic way by only chanting pro-freedom slogans and that the police officials faced no physical resistance. The Zaman editor-in-chief said it was the officials’ “caprice” and he left with no reason.

Following the claims that that a major government-backed police operation to detain many journalists will kick off on Sunday, Ekrem Dumanlı, editor in chief of the Turkey’s largest circulated newspaper whose name was included in the list of possible detainees, gave an exclusive interview to Cihan News Agency.

Referring the illegal operations planned and initiated by some members of the government, Zaman Daily Editor in Chief Ekrem Dumanlı ascertained, “Things that are being executed are anti-democratic, unlawful, illegal.”

Dumanlı, underlined that, “This newspaper has been a pioneer by taking spectacular steps for Turkey’s modernization, Turkey’s democratization, about being a constitutional state.”

“And those who carry out these steps, let me tell you this, politicians plan these things behind closed doors, order but civil servants, high constables and prosecutors and judges should not forget that they are government employees. No civil servant is obliged to execute any illegal order.” Zaman editor in chief exhorted. “Those who comply with illegal orders would go out of law and would be brought to account before justice definitely.” he added.

“We love this country from the bottom of our hearts. We’re committed to democracy for long time, this newspaper.” Ekrem Dumanlı described.

Speaking about his daily’s opinion on Turkey’s European Union (EU) adventure “Before there was no positive signal for EU accession by conservative fraction of the society, this paper defended EU criteria standing alone.” Ekrem Dumanlı reiterated.

JOURNALISTS TO BE DETAINED ON SUNDAY

A Twitter user known by the pseudonym Fuat Avni, who has revealed many government-backed police operations to the public, said on Saturday night that the raids, which were originally planned to take place early on Friday morning but were postponed after he revealed the secret plans, will be carried out beginning on Sunday.

The whistleblower tweeted that due to strong reactions to the initial operation planned to be carried out on Friday, the police limited the list of journalists to be detained. He said liberal and main stream journalists will not be targeted “for now.” 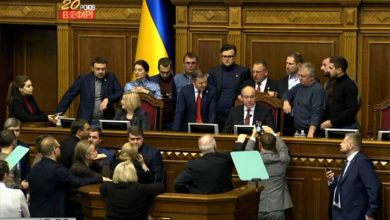