“Amnesty International has gathered credible evidence that detainees in Turkey are being subjected to beatings and torture, including rape, in official and unofficial detention centres in the country.

The organization is calling for independent monitors to be given immediate access to detainees in all facilities in the wake of the coup attempt, which include police headquarters, sports centers and courthouses. More than 10,000 people have been detained since the failed coup.

Amnesty International has credible reports that Turkish police in Ankara and Istanbul are holding detainees in stress positions for up to 48 hours, denying them food, water and medical treatment, and verbally abusing and threatening them. In the worst cases some have been subjected to severe beatings and torture, including rape.

“Reports of abuse including beatings and rape in detention are extremely alarming, especially given the scale of detentions that we have seen in the past week. The grim details that we have documented are just a snapshot of the abuses that might be happening in places of detention,” said Amnesty International’s Europe director John Dalhuisen.

“It is absolutely imperative that the Turkish authorities halt these abhorrent practices and allow international monitors to visit all these detainees in the places they are being held.”

It is absolutely imperative that the Turkish authorities halt these abhorrent practices and allow international monitors to visit all these detainees in the places they are being held
John Dalhuisen, Europe Director
Detainees are being arbitrarily held, including in informal places of detention. They have been denied access to lawyers and family members and have not been properly informed of the charges against them, undermining their right to a fair trial.

On Saturday the Turkish government issued its first decree under new powers authorised by its declaration of a state of emergency. The decree dramatically increases the amount of time detainees can be held without being charged from four to 30 days. The change risks exposing detainees to further torture and other ill-treatment. The decree also provides for officials to observe or even record meetings between pre-trial detainees and lawyers, and detainees are restricted in who they can choose to represent them, further undermining the right to a fair trial.

Torture and other ill-treatment

Amnesty International spoke to lawyers, doctors and a person on duty in a detention facility about the conditions detainees were being held in.

The organization heard multiple reports of detainees being held in unofficial locations such as sports centres and a stable. Some detainees, including at least three judges, were held in the corridors of courthouses.

All of the interviewees wished to remain anonymous for security reasons. The organization heard extremely alarming accounts of torture and other ill-treatment of detainees, particularly at the Ankara Police Headquarters sports hall, Ankara Başkent sports hall and the riding club stables there.

According to these accounts, police held detainees in stress positions, denied them food, water and medical treatment, verbally abused and threatened them and subjected them to beatings and torture, including rape and sexual assault.

Two lawyers in Ankara working on behalf of detainees told Amnesty International that detainees said they witnessed senior military officers in detention being raped with a truncheon or finger by police officers.

A person on duty at the Ankara Police Headquarters sports hall saw a detainee with severe wounds consistent with having been beaten, including a large swelling on his head. The detainee could not stand up or focus his eyes and he eventually lost consciousness. While in some cases detainees were afforded limited medical assistance, police refused to allow this detainee essential medical treatment despite his severe injuries. The interviewee heard one police doctor on duty say: “Let him die. We will say he came to us dead.”

The same interviewee said 650-800 male soldiers were being held in the Ankara police headquarters sports hall. At least 300 of the detainees showed signs of having been beaten. Some detainees had visible bruises, cuts, or broken bones. Around 40 were so badly injured they could not walk. Two were unable to stand. One woman who was also detained in a separate facility there had bruising on her face and torso.

The interviewee also heard police officers make statements indicating that they were responsible for the beatings, and that detainees were being beaten so that “they would talk”.

In general, it appears that the worst treatment in detention was reserved for higher-ranking military officers.

Many of the detainees in the sports hall and other facilities were handcuffed behind their backs with plastic zip-ties and forced to kneel for hours. Interviewees reported that zip-ties were often fastened too tight and left wounds on the arms of detainees. In some cases detainees were also blindfolded throughout their detention.

Lawyers described how people were brought before prosecutors for interrogation with their shirts covered in blood.

Interviewees also said that based on what detainees told them police deprived them of food for up to three days and water for up to two days.

One lawyer working at the Caglayan Courthouse in Istanbul said that some of the detainees she saw there were in extreme emotional distress, with one detainee attempting to throw himself out of a sixth story window and another repeatedly slamming his head against the wall.

Arbitrary detention and absence of due process

Amnesty International interviewed more than 10 lawyers in both Ankara and Istanbul who gave information about the conditions of their clients’ confinement. The lawyers represented up to 18 detainees each. The vast majority of clients were low ranking military personnel, including many conscripts. Some were judges, prosecutors, police, and other civil servants. Detainees were primarily men and were as young as 20.

The accounts of lawyers, who spoke on condition of anonymity, were strikingly similar.

All the lawyers said that in the majority of the cases detainees were held pre-charge for four or more days by the police. With very few exceptions, their clients were being held incommunicado throughout this period and had not been able to inform their families of where they were or what was happening to them.

They were also not able to phone a lawyer and in most cases did not see their lawyers until shortly before being brought to court or being interrogated by prosecutors. One lawyer told Amnesty International that when she finally saw her clients, “[They] gave me the contact information [for their families] so I could call them. The families knew nothing. They were happy to hear their sons were alive.”

Amnesty International spoke with a relative of a high-ranking military official who was detained in Ankara. He said that family members were able to speak with the detained relative on his mobile phone on Saturday 16 July before it was confiscated by the police, but that the family has had no information about his fate or whereabouts since then. Family members made several trips to detention centres in Ankara but were consistently told the detainee was not there. The detainee has also had no access to a lawyer. Such treatment amounts to enforced disappearance which in itself is a crime under international law. This practice places detainees outside the protection of the law and cuts them off from the outside world, putting them at very high risk of torture or even extrajudicial execution.

The lawyers told Amnesty International that in most cases neither they nor their clients were informed of the specific charges against them, either in a charge sheet or in court, making it difficult to prepare a defence. Soldiers who had been detained were brought to court in groups as large as 20 and 25 people. One lawyer described trying to defend his client in the current environment as “trying to find something with the lights off”.

Only one of the detainees represented by lawyers who spoke to Amnesty International was able to choose her own lawyer. According to the other interviewees, private lawyers were not allowed to represent detainees, who were all assigned bar association legal aid lawyers. The detainees’ access to their lawyers was also limited. Lawyers told Amnesty International that after the hearings they were not allowed to speak to their clients who were remanded in pre-trial detention.

Turkey is understandably concerned with public security at the moment, but no circumstances can ever justify torture and other ill-treatment or arbitrary detention
John Dalhuisen
“These are grave violations of the right to a fair trial which is enshrined in both Turkey’s national law and international law,” said John Dalhuisen.

“Turkey is understandably concerned with public security at the moment, but no circumstances can ever justify torture and other ill-treatment or arbitrary detention. The climate in Turkey right now is one of fear and shock. The government must steer the country on the path to respect for rights and law, not engage in retribution.”

Information provided to Amnesty International by lawyers reflected that many detainees were being held arbitrarily. In the vast majority of cases, they said that no evidence establishing reasonable suspicion of criminal behaviour was presented against their clients during the charge hearings; and the hearing did not establish that there were permissible reasons for detention pending trial.

Instead, lawyers explained that judges ordered detained soldiers to be placed in pre-trial detention if they left their barracks the evening of the coup, regardless of the reason. In one case, a detainee who appeared before the court was not asked a single question by the judge at her hearing.

Some of the questioning by judges was entirely irrelevant to the events of the coup attempt, and appeared intended to establish any link to Fethullah Gülen or institutions sympathetic to him.

Authorities accuse Gülen of masterminding the coup attempt, which he has denied.

Lawyers explained that detainees were remanded in pre-trial detention even without a finding that a detainee was a flight risk or that there was a risk a detainee would tamper with evidence, as is legally required.

“These highly irregular, and seemingly systematic practices, must be investigated.”

Amnesty International urges the European Committee for the Prevention of Torture (CPT) to conduct an emergency visit to Turkey to monitor conditions of detention. As a member of the Council of Europe, the Turkish government has an obligation to cooperate with the CPT. The CPT is the only independent body authorized to conduct ad hoc visits to all places of detention in Turkey at the time of their choosing.

The National Human Rights Institution of Turkey, which had access to detention facilities in the country to monitor conditions of detention, was abolished in April 2016 leaving no institution in the country with this mandate. In the current environment, in which thousands of detainees are being held incommunicado, without access to lawyers or relatives, for lengthy pre-charge periods, in irregular detention centres and amid allegations of torture and other ill-treatment, it is vital that monitors are allowed access.

“The prohibition of torture is absolute and can never be compromised or suspended.”

Amnesty International urges the Turkish authorities to condemn torture and other ill-treatment in places of detention, and take concrete steps to combat it and hold perpetrators accountable.

Authorities should ensure bar associations and family members are notified of detentions without delay and that lawyers have unimpeded access to their clients at all stages of detention.” 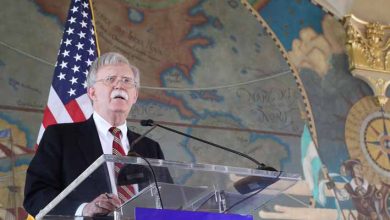 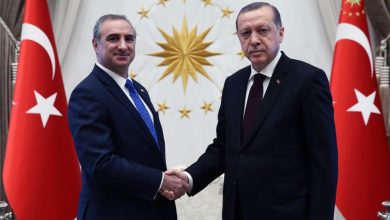 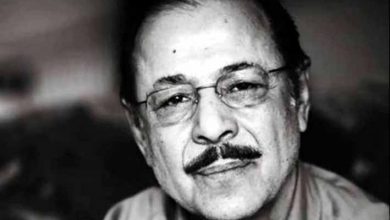