Fethullah Gulen, the reclusive cleric accused by Turkey of hatching a military coup attempt, concedes that his supporters could have been involved in the putsch but again denied any direct connection.

“There might have been some sympathetic people [to Gulen] among them,” he told CNN’s Fareed Zakaria in an interview.
President Recep Tayyip Erdogan has pointed the finger of blame for the failed uprising squarely at Gulen.
A bitter rival of the embattled President, Gulen is the leader of a popular movement called Hizmet. But the government refers to his group as the “Fethullah Gulen Terrorist Organization.”
The 77-year-old imam, who left Turkey for the United States in 1999, has been living in self-imposed exile in Saylorsburg, Pennsylvania.
On GPS: Who organized the coup to overthrow Ergodan?
In the CNN interview, he called for an international organization to investigate government claims connecting him to the coup attempt.
“If there is anything I told anyone about this verbally, if there is any phone conversation, if one-tenth of this accusation is correct … I would bend my neck and would say,
‘They are telling the truth. Let them take me away. Let them hang me,'” he said.
The July 15 uprising claimed the lives of 270 people, including 24 accused in the plot. It also triggered a wave of arrests, detentions and dismissals of those suspected of any involvement.
Erdogan, in an earlier interview with CNN, vowed revenge for what he called “a clear crime of treason.”
But Gulen has repeatedly denied government claims he has directed sympathizers to destabilize the Erdogan regime.
“Some people staged a scenario, then someone who is seemingly a fan, has led some people into this,” he said.
“It looks more like a Hollywood movie than a military coup. It seems something like a staged scenario. It is understood from what is seen that they prepared the ground to realize what they have already planned.”
In a statement earlier this month, Gulen suggested the coup attempt could have been staged. Asked on “Fareed Zakaria GPS” if he thought Erdogan might have planned the coup, Gulen said he would “consider such a claim a slander.”
“I would submit myself to God before I make such an accusation, knowing I am accountable to God.”
Supporters describe Gulen as a moderate Muslim cleric who champions interfaith dialogue. Promotional videos show him meeting with Pope John Paul II in the Vatican in the 1990s. He also met frequently with rabbis and Christian priests in Turkey.
Gulen has a loyal following — known as Gulenists — in Turkey. They subscribe to the Hizmet movement.
Nongovernmental organizations founded by the movement, including hundreds of secular co-ed schools, free tutoring centers, hospitals and relief agencies, have been credited with addressing many of Turkey’s social problems.
The preacher and his movement also spawned a global network of schools and universities in more than 100 countries.
In the United States, the academic empire includes the largest charter school network in Texas, Harmony Public Schools.
Within Turkey, volunteers in the Gulen movement also own TV stations, the largest-circulation newspaper, gold mines and at least one Turkish bank.
“I have always been against coups, and I cursed them,” he said. “I would curse people who resort to coups against democracy, liberty, republic.”
Still, Turkey has formally requested Gulen’s extradition.
But under an agreement with Turkey, Washington can only extradite a person if he or she has committed an “extraditable act.” Treason — such as that implied by Erdogan’s demand for Gulen’s extradition — is not listed as such an act in the countries’ treaty.
Deputy Prime Minister Numan Kurtulmus has said the coup attempt was the biggest piece of evidence but that Turkey would provide thousands of pieces of evidence of
Gulen’s involvement to the United States.
Gulen said returning to Turkey would only complicate matters.
“They will do whatever it takes, but if they could provide evidence for one-tenth of what they have been claiming and take me back by force, there is not much I can say about this,” he said of the government. “What matters is whether or not they can do this by means of law, and I don’t think this will happen with the will of God.”
Erdogan and Gulen are former allies whose relationship fell into a bitter feud.
Asked if he had a message for Erdogan, Gulen said: “I only pray that he would not go to the presence of God with all these sins he committed.”
CNN asked Erdogan’s office for response to comments by Gulen in the interview but has not yet received a reply.
By Ray Sanchez, CNN 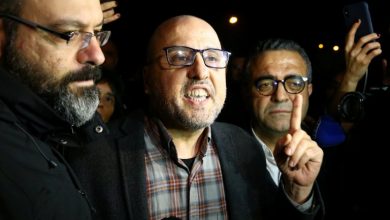 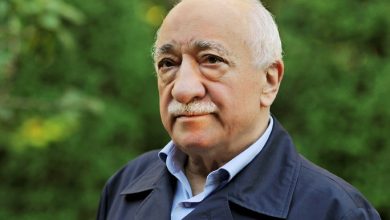 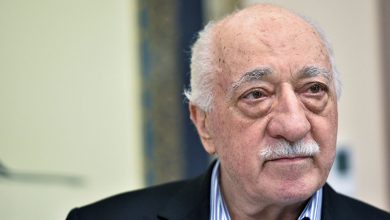