Turkey ordered the detention of 42 journalists on Monday, broadcaster NTV reported, under a crackdown following a failed coup that has targeted more than 60,000 people, drawing fire from the European Union.

The arrests or suspensions of soldiers, police, judges and civil servants in response to the July 15-16 putsch have raised concerns among rights groups and Western countries, who fear President Tayyip Erdogan is capitalizing on it to tighten his grip on power.

“I believe that Turkey, in its current state, is not in a position to become a member any time soon and not even over a longer period,” Juncker said on French television France 2.

Juncker also said that if Turkey reintroduces the death penalty – something the government has said it must consider, responding to calls from supporters at public rallies for the coup leaders to be executed – it would stop the EU accession process immediately.

Turkey abolished capital punishment in 2004, allowing it to open EU accession talks the following year, but the negotiations have made scant progress since then.

Erdogan has declared a state of emergency, which allows him to sign new laws without prior parliamentary approval and limit rights as he deems necessary. The government has said these steps are needed to root out supporters of the coup and won’t infringe on the rights of ordinary Turks.

NTV reported that among the 42 journalists subject to arrest warrants was well-known commentator and former parliamentarian Nazli Ilicak.

State-run Turkish Airlines said it had fired 211 employees, citing their links to a religious movement Erdogan has blamed for the attempted putsch.

Seven soldiers from a group which attacked a hotel in the coastal town of Marmaris where Erdogan had been staying, in an apparent attempt to capture or kill him during the coup bid, were detained at a police checkpoint on Monday.

Erdogan accuses U.S.-based Muslim cleric Fethullah Gulen, who has many followers in Turkey, of masterminding the coup plot. In his first decree since the state of emergency was declared, Erdogan ordered the closure of thousands of private schools, charities and foundations with suspected links to Gulen, who denies involvement in the coup.

Gulen, who has lived in self-imposed exile in the United States since 1999, says the coup may have been orchestrated by Erdogan himself.

Turkey wants the United States to extradite the cleric. Washington has said it will do so only if there is clear evidence.

Foreign Minister Cavusoglu said that ties with Washington will be affected if it fails to extradite Gulen. He said he would hold meetings with political and judiciary officials during a coming visit to the United States.

Erdogan has accused Gulen, his former ally, of attempting to build a “parallel network” of supporters within the military, police, judiciary, civil service, education and media with the aim of toppling the state.

“They are traitors,” Erdogan told Reuters in an interview last week. He described Gulen’s network as “like a cancer” and said he would treat them like a “separatist terrorist organization” and root them out, wherever they may be.

Prime Minister Binali Yildirim said on Saturday that authorities had taken around 13,000 people into custody over the coup attempt, including 8,831 soldiers. He promised they would have a fair trial.

The officers accused of staging the coup will stand trial in an Ankara district laden with symbolism for Turkey’s recent history – the scene of an army show of strength before a “post-modern coup” ousted its first Islamist-led government in 1997.

Rights group Amnesty International said it had received credible evidence of detainees being subjected to beatings and torture, including rape, since the coup attempt.

Erdogan has extended the maximum period of detention for suspects from four days to 30, a move Amnesty said increased the risk of torture or other maltreatment of detainees.

Photographs on social media have shown some of the detainees bruised and bandaged.

Justice Minister Bekir Bozdag said on Twitter that Amnesty’s allegations were false, describing them as Gulenist “slander”. “Absolutely none of those detained were subject to torture or bad treatment during or after their detention,” he said.

Ankara is increasingly expressing frustration over what it says in the lack of solidarity from Western partners in the aftermath of the coup.

Western countries pledged support for democracy in Turkey, but have also expressed concern over the scale of subsequent purges of state institutions.

Last week, the minister for EU affairs chided Western countries for not sending any representatives to demonstrate their solidarity with Turkey since the failed coup.

On Sunday, presidential spokesman Ibrahim Kalin took to the opinion pages of the New York Times to defend Turkey’s actions.

“Several thousand military officers and their accomplices in law enforcement and the judiciary have been suspended or arrested for having links to the coup. Their removal from public posts makes the Turkish government stronger and more transparent,” he wrote, adding that at least 1,200 rank-and-file soldiers have been released so far.

He also dismissed claims that Erdogan had orchestrated the coup in order to launch a crackdown.

“The claim that this was a fake coup is no more credible than the laughable claim that the 9/11 attacks were orchestrated by the United States.” 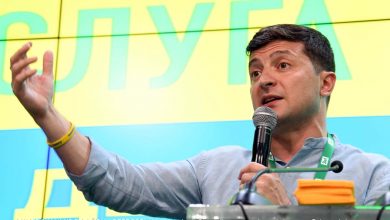 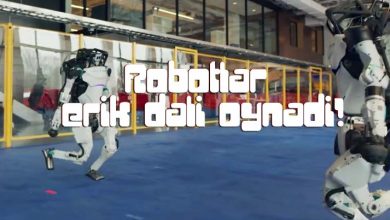 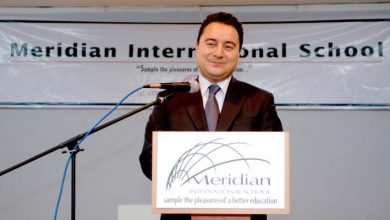