Meanwhile, At least 23 people were detained in a nationwide operation early on Sunday, including journalists, and dozens of others are expected to be taken into custody later in the day. Recent detentions are evaluated as cover an anniversary of December 17, 2013 operations against several ministers of ruling Justice and Development Party (AK Party) government accusing them in bribery acts.

This material is free of rights and free of charge worldwide

(In case the media organizations wish to make live stand up transmission with the ZAMAN or TODAY’S ZAMAN journalists, it will be provided the ability by CİHAN).

Turkish police have raided the Zaman daily headquarters in İstanbul in early-morning operation, but failed to detain the chief of the newspaper.

Anti-terrorism units from İstanbul police department arrived at Zaman building in Yenibosna on Sunday morning, facing a fierce resistance by protesters. The police officials were allowed to enter inside the building, but could not proceed further as heavy presence of protesters created a small stampede.

The police reportedly came to detain Zaman daily editor-in-chief Ekrem Dumanlı. The officials said they could not “fulfill their tasks” because of the pressure and had to leave the building. Protesters chanted unceasing slogans such as “Free Media Cannot be Silenced.”

Following the claims that that a major government-backed police operation to detain many journalists will kick off on Sunday, Ekrem Dumanlı, editor in chief of the Turkey’s largest circulated newspaper whose name was included in the list of possible detainees, gave an exclusive interview to Cihan News Agency.

Referring the illegal operations planned and initiated by some members of the government, Zaman Daily Editor in Chief Ekrem Dumanlı ascertained, “Things that are being executed are anti-democratic, unlawful, illegal.”

This material is free of rights and free of charge worldwide. 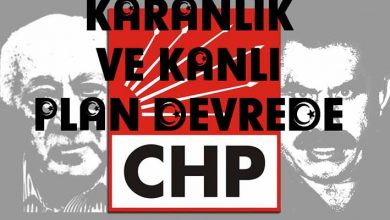